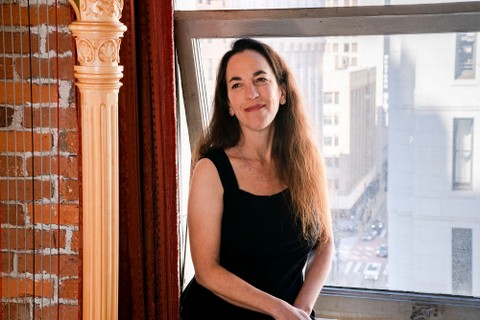 Deutsche Grammaphone has just released a new recording, Across the Stars, of music by John Williams, featuring violinist Anne-Sophie Mutter. Both Marcia and David are part of the outstanding orchestra. Williams has written new versions of some of his most famous movie scores. Marcia can be heard especially in the piece from Schindler’s List, as well as several others. Available at all your favorite sites.

SUNDAY CONCERTS AT THE DOME AT MT. WILSON OBSERVATORY 7/7/19

Experience the music of Todd Mason, performed by a chamber group with voice (Hila Plitmann) and a great harp part with Marcia Dickstein. Enjoy the music and the video into outer space: “Where Our Innocence Once Stood.”

A world-renowned harpist, Marcia has been enticing new audiences to harp in chamber music and solo with orchestra, and inspiring composers to write new works for harp in classical and jazz genres, for many years. Founder/Artistic Director of The Debussy Trio, she has performed worldwide, in the United States, Canada, Europe, Scandinavia, and Japan, over NPR radio, PBS, and numerous TV channels.

Adjunct Professor of Harp at Cal Poly San Luis Obispo, and Westmont College, Santa Barbara, CA, Marcia holds master classes throughout the United States and maintains a private studio in Los Angeles. Her transcriptions and scholarly editions of solo and chamber music for professional and student harpists are published by Fatrock Ink Music Publishers. Marcia has been featured as solo and chamber music harpist at festivals, on over 400 film scores, on television, and as a recording artist. Her most recent recordings with the Trio are Angles of Angeles and Three by Three which feature 15 new works especially written for The Debussy Trio. Chill Dog (Pupsnap Music), her original harp improvisations, is relaxing for puppies and their owners.