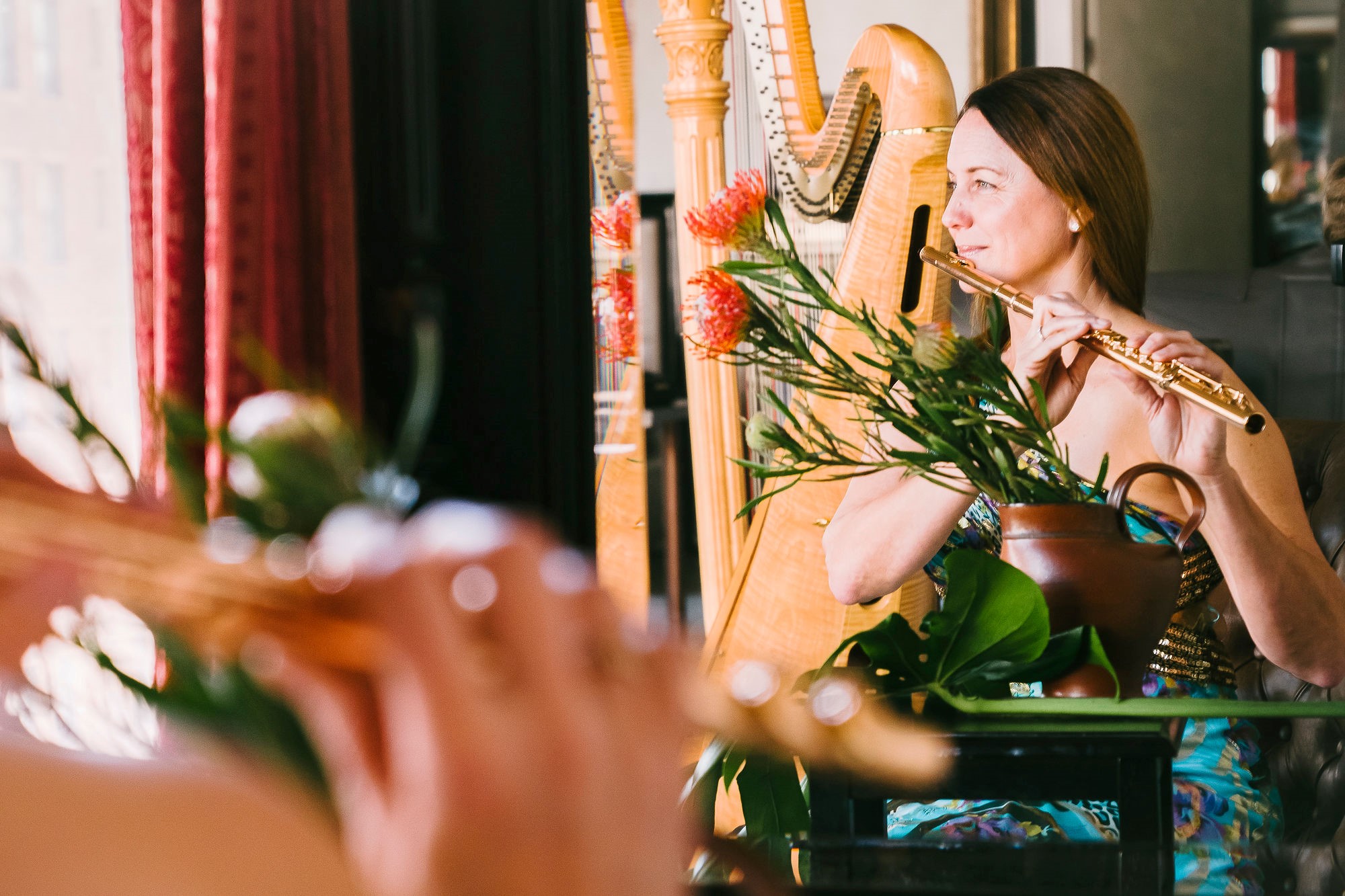 Angela is a member of the LA Opera Orchestra, and a founding member of The Debussy Trio. She has also played chamber music with the LA Grand Ensemble, Le Salon de Musiques, Camerata Pacifica, XTET, Enlightenment Music Series, Muse/ique and the SBCO Chamber Players and performed at the Ojai Music Festival and Ventura Chamber Music Festival. For twenty-five years, she was principal flutist with the Santa Barbara Chamber Orchestra.

She can be heard on such television and motion picture soundtracks as The Matrix and Jurassic Park and  more recently on Star Wars: The Rise of Skywalker.

Would you like to listen and buy tracks or entire albums?